I went off the grid for a few days last week (as in largest wilderness area in the lower 48 and no cell phone service) and came back with some new photos from northeastern Minnesota that are now available for viewing and purchase from the online gallery! Didn’t see much wildlife this trip, but I saw some amazingly breathtaking scenery that I’d like to share with you.

Set up camp at Two Island Lake in Superior National Forest about 15 miles inland from Grand Marais, MN just in time to capture the sunset:

Then pulled an all-nighter (so you wouldn’t have to) shooting the Milky Way and watching the Perseid meteors: 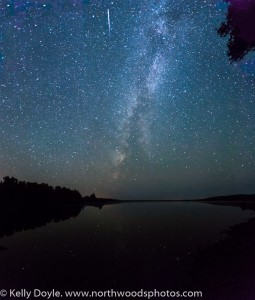 Then went scrambling over jagged rocks with my camera gear in the pitch dark along the Lake Superior shoreline at 4 am (so you wouldn’t have to) to get the sunrise from the east end of Artist Point in Grand Marais: 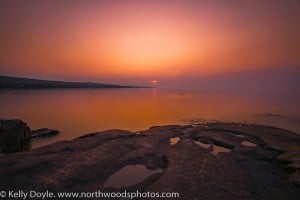 Then went further up the North Shore to Hollow Rock Bay: 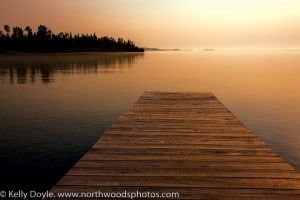 And even further up the Shore to Grand Portage before turning around at the Canadian border, but not before stopping to admire Mt. Josephine:

Went back to Grand Marais to hang out near the shoreline since it was about 20 degrees cooler than the low-90’s temps inland. Had some lunch, played fetch with a local black lab who brought his favorite rock to retrieve out of Lake Superior, and relaxed by the water for a bit: 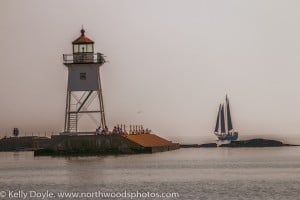 Then up the Gunflint Trail to several beautiful lakes along the Minnesota / Ontario border. Did I mention it was in the 90’s? Even the loons were hot on Gunflint Lake: 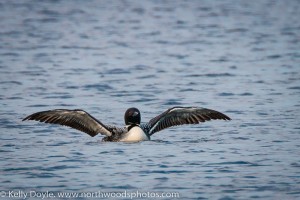 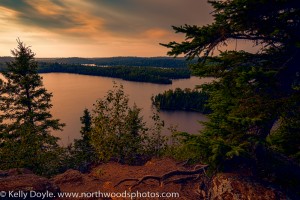 Still made it back to Two Island Lake in time to get the tail end of another sunset: 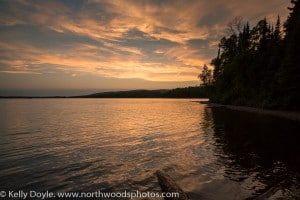 Before finally crashing after being up for 36 hours straight. It’s a darn shame I was so tired (and had no cell phone service being off the grid), so I didn’t know the Northern Lights were putting on a brief show later that night.

Next day I broke camp and headed down to Cascade Beach on Lake Superior for some seascapes: 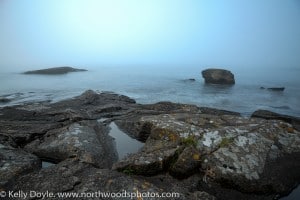 And long exposure photography along the shoreline: 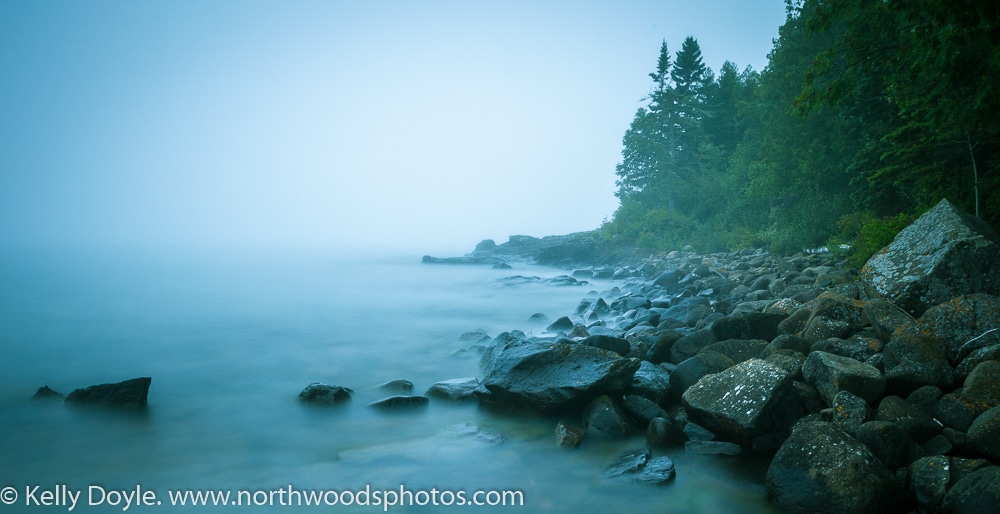 Before heading back inland up the Sawbill Trail near Tofte to one of my favorite spots that I hadn’t been to in about 25 years – Crescent Lake: 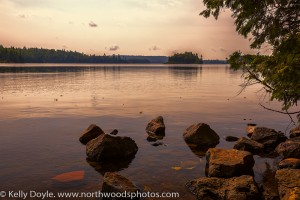 Stopped by Temperance River State Park along the lake shore on the way back towards the Twin Cities, but there were waaaay too many tourists and the rivers were all running a little low, so I headed home. I hope you enjoyed reading and looking – hopefully it made you want to be there yourself!

For such a short trip and getting skunked on wildlife sightings, I still managed to get plenty of nice new photos from northeastern Minnesota this trip! Most are already up in the gallery and I have several panoramas that I’ll save for special purchases. Still processing more photos, too! I’m at my 100 image limit in the gallery, so I’ll be removing some older stuff to put new photos up. In other words – it there’s something you like, buy it now while you can 🙂