It’s always hard to decide on which images I like best because so much of it depends on the mood I’m in at the time. Same thing goes when someone asks who my favorite musical artists are.

This past year took me to some old and new places; 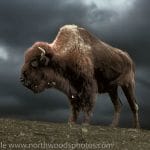 There were also some lifers for birding, shooting a few more trail races, and learning new digital photo processing techniques like double exposures (some of which are featured in the video).

Which are your favorite photos of 2016?