One of my favorite Minnesota “locals” are American Black Bears! 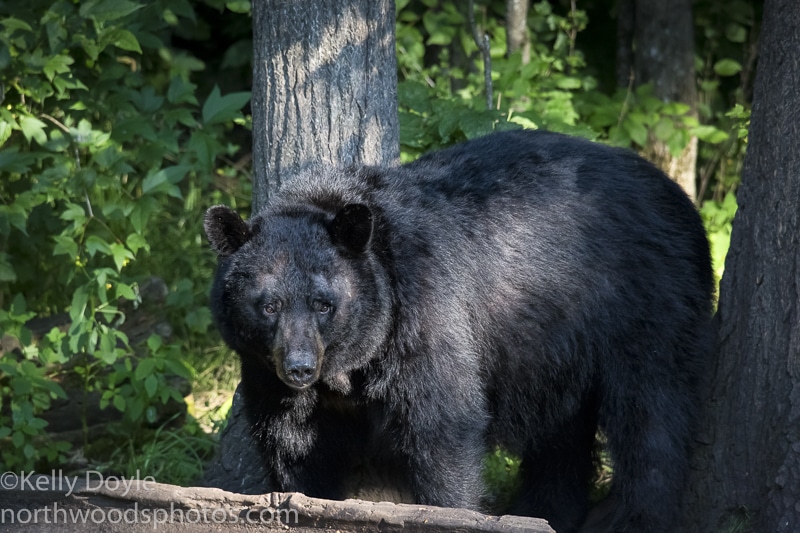 There are many misconceptions about Black Bears. People who don’t know any better fear them, thinking that they are out stalking unsuspecting hikers or campers for an ambush attack. In reality, they are pretty timid creatures who go out of their way to avoid encounters with people. I’ve been fortunate enough to volunteer with an expert Black Bear researcher in the past and even got to go into a den (with mama bear still in it – she was tranquilized for the duration). I’ll never forget holding cubs that only weighed 3 pounds and didn’t have their eyes open yet. Let’s get to know them a little better 🙂 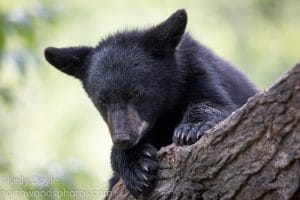 For a much more comprehensive list of facts about Black Bears, check out the North American Bear Center site.

Where to see Black Bears

Black Bears are common residents of the North Woods and like the forest. I’ve seen them crossing roads in the Superior National Forest on several occasions, walking next to the highway in St. Louis county, running away from me on hiking trails, and had one that stood up on it’s hind legs to get a better look / sniff at me before it calmly turned around and walked away.

If you want a guaranteed sighting of wild bears, the Vince Shute Wildlife Sanctuary near Orr allows visitors to view bears from an observation deck in the woods. Volunteers at the sanctuary put out natural foods for the bears to eat, luring many wild bears to the grounds. The bears are free to come and go as they please and are not captive in any way. You can learn about how and why this all started by checking out the history. Whether it’s a good idea to continue the practice of feeding the bears is a separate argument.

If you really want to learn from the bear experts, check out the North American Bear Center near Ely. They have several captive bears on site, but the founder did much research with local Black Bears for many years and has first hand knowledge of original studies that had never been done by anyone else. They also have a very educational website!

All of these photos as well as several more are now available for purchase in the Wildlife Gallery! All products are printed using archival inks and materials. Choose from prints, gallery wrapped canvases, or metals.

Bring some North Woods wild into your home or office today! 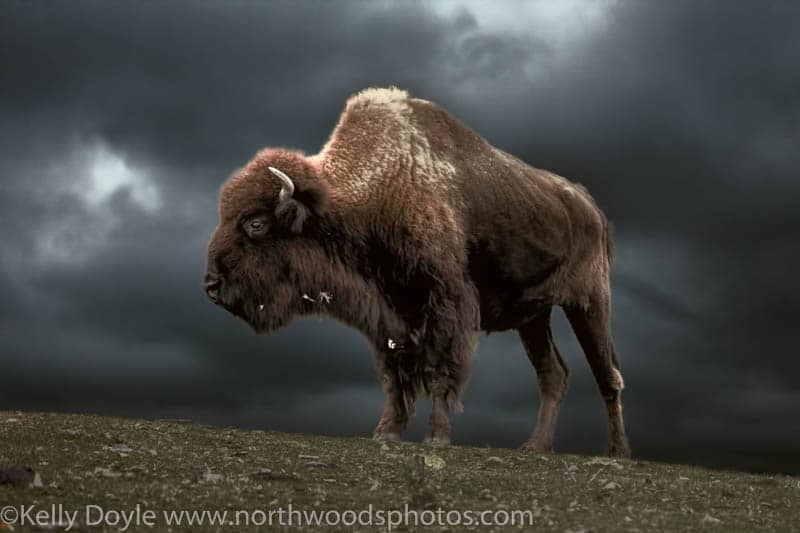 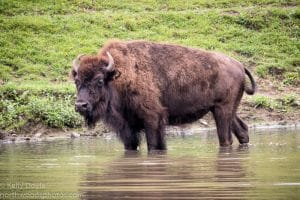 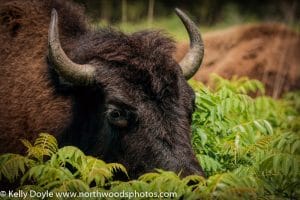 I added a few new goodies to the gallery just in time for Father’s Day! 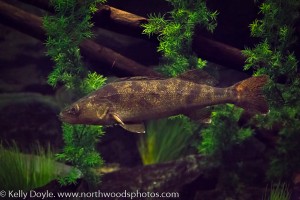 Walleye – before you catch ’em!

Ideally, you’ll be able to take your Dad to the North Woods and experience it first hand for yourselves: tromping through hard woods or tall pine forests, fishing or boating one (or more) of the thousands of pristine lakes, relaxing next to a spectacular waterfall, camping under the Northern Lights…. you get the idea. 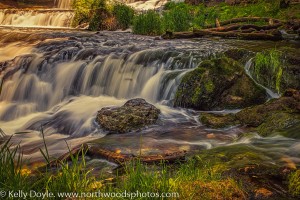 But if you can’t, the next best thing would be to give a gift that makes him feel like he went! Choose between photo prints that you can frame yourself, or canvas or metal prints that come ready to hang. Your order can be drop shipped anywhere in the US, so all you have to do is select the image you’d like to send to Dad and we’ll take care of the rest! 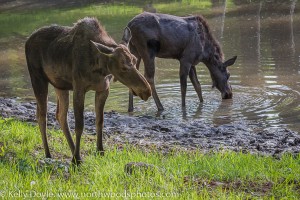 Go to the gallery and ORDER NOW to be sure it gets there before Father’s Day. Use coupon code DAD2015 to get 20% off any size canvas or metal. Offer expires June 21, 2015.